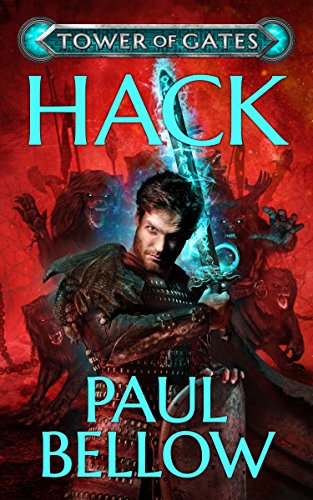 The first of the Tower of Gates LitRPG Saga (Hack) can be found at Amazon.

Ever dream of being trapped in a virtual reality RPG?

Sarah, Eric and Josh secretly log onto the new Tower of Gates VRMMORPG and stumble on a world unlike any they have seen before. Swords, sorcery, and intrigue abound. While not planning on staying in the unreleased game long, life happens.

They soon learn the stakes are even higher than they imagined. To survive, they will need all their strength, courage, and wisdom, not to mention help from friendly NPCs, magic items, and everything else as they delve deeper into the game.

Hack is the first book of the Tower of Gates LitRPG Saga. Previously published as the first half of Goblin. Extensive rewritten and professionally edited. Enjoy.

What is LitRPG? / LitRPG Books